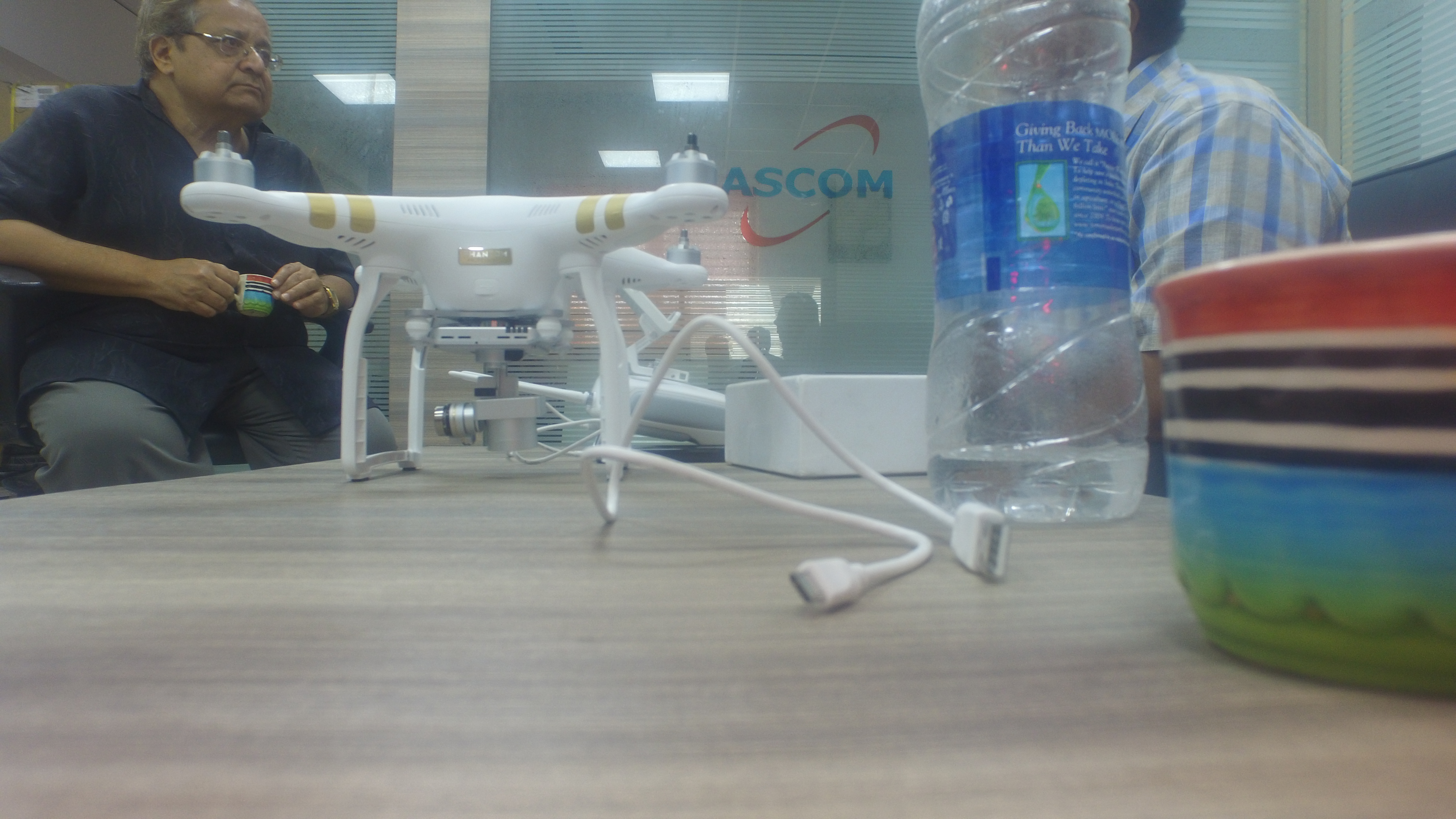 Of late, a sudden spike both in terms of intensity, caliber escalation and air space violations by India has been observed along LOC and working boundary.  Since 9 June 2015, 35 x Ceasefire violations have been committed by Indian troops.  India is exhibiting aggressive posturing through enhanced movement of troops, extensive reconnaissance, targeting of civilians and increased use of Unmanned Aerial Vehicles (UAVs) and Drones violating airspace of Pakistan.  One such drone (Quadcopter) mission was flown on 15 July 2015 by India  in which it intruded from Indian Occupied Kashmir(IOK) Jaurian Sector and was flying over Own Banchirian Sector (near Bhimber), when was shot down by Pakistani troops.

The Indian authorities denied Pakistan’s claim that “it had shot down an Indian spy drone”, whereas, photos & videos recovered from the internal memory of quadcopter provides irrefutable evidence that it was flown by Indian Army for reconnaissance inside Pakistan side of LOC.

Some of the images and video clips are being released which clearly prove that quadcopter started its flight from an Indian post and entered into Pakistani territory.

An image retrieved out of quadcopter proves that after the purchase of this quadcopter it was taken inside M/S ASCOM office (An Indian communication and Electronic Firm).

Another pre-flight picture indicates presence of an Indian soldier (can be identified from Indian uniform) standing in the vicinity of quadcopter.

An image probably taken before test flight of quadcopter on its arrival in forward areas indicate company headquarters of the Indian Sector.

Visuals retrieved indicate that quadcopter flew from Indian post (Indian flag visible). Initially it remained close to LOC, kept surveilling throughout facing towards Pakistani side of LOC, then crossed over LOC and pictured a Pakistani post (Pakistani flag marginally visible).

Irrefutable Forensic evidence obtained from quadcopter now available with the Pakistan Army also gives out geographical histogram about locations traversed by quadcopter between 8 to 15 July 2015 and these can be verified by any independent sources.