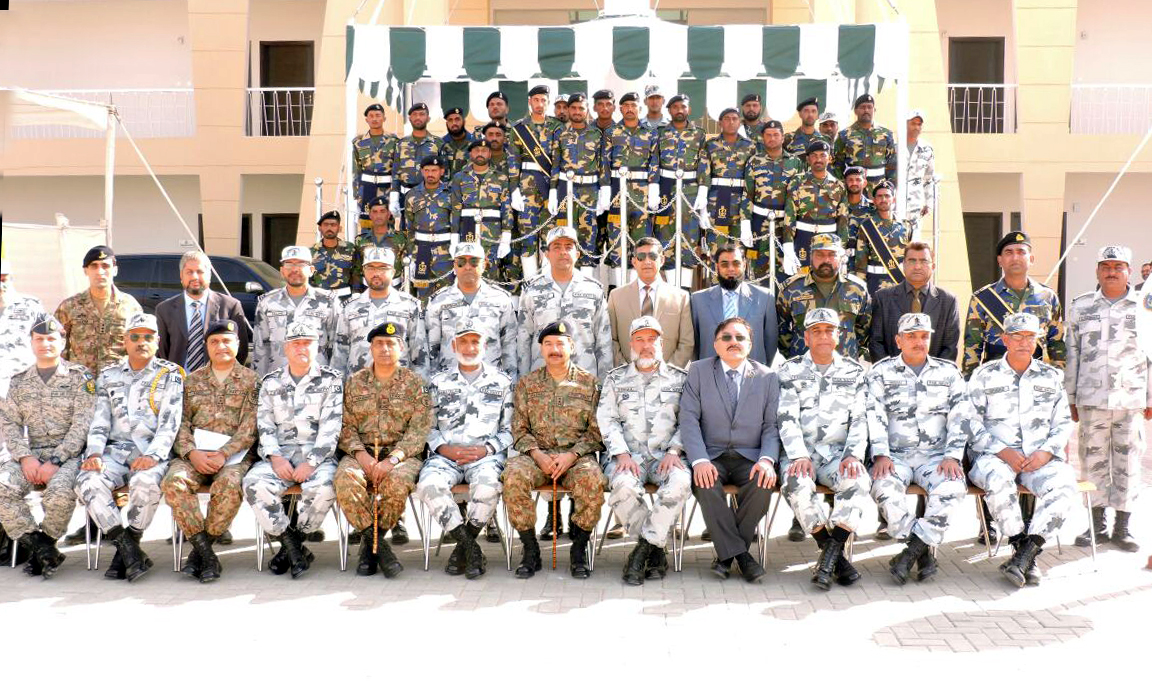 The commissioning ceremony of new Naval Base PNS HAMEED was held near Karachi in the coastal region of SINDH province today. The Chairman Joint Chiefs of Staff Committee (CJCSC), General Rashad Mahmood was the Chief Guest on the occasion. Chief of the Naval Staff, Admiral Muhammad Zakaullah was also present in the ceremony.

The commissioning of PNS HAMEED is a landmark achievement for Pakistan Navy, as besides providing maritime Broadcast services for units of Pakistan Navy operating at sea, the base is fully equipped with first of the kind Very Low Frequency (VLF) transmission facility of the country. The secure military communication link in the VLF spectrum will add new dimensions by enhancing the flexibility and reach of submarine operations. The submarines when on surface are capable to transmit and receive broadcast messages however, once submerged, can only receive wireless message on VLF. The name of Unit has been ascribed after Lt Cdr Pervaiz Hameed Shaheed, the Executive officer of Ex-Ghazi Submarine.

While speaking on the occasion the Chief Guest, CJCSC lauded the concerted efforts of those involved and highlighted that with the commissioning of PNS HAMEED, significant operational capability has been added to the PN, which would further augment the seaward defence of country. He further added that commissioning is yet another milestone in PN’s commitment towards ensuring the defence of maritime frontiers of Pakistan.

Chief of the Naval Staff while appreciating the efforts of all those who have been associated with the project, said that the commissioning of PNS HAMEED in the coastal region of SINDH is a significant breakthrough towards enhancing PN’s operational capability.

The ceremony was attended by a large number of PN, military and local civil dignitaries.