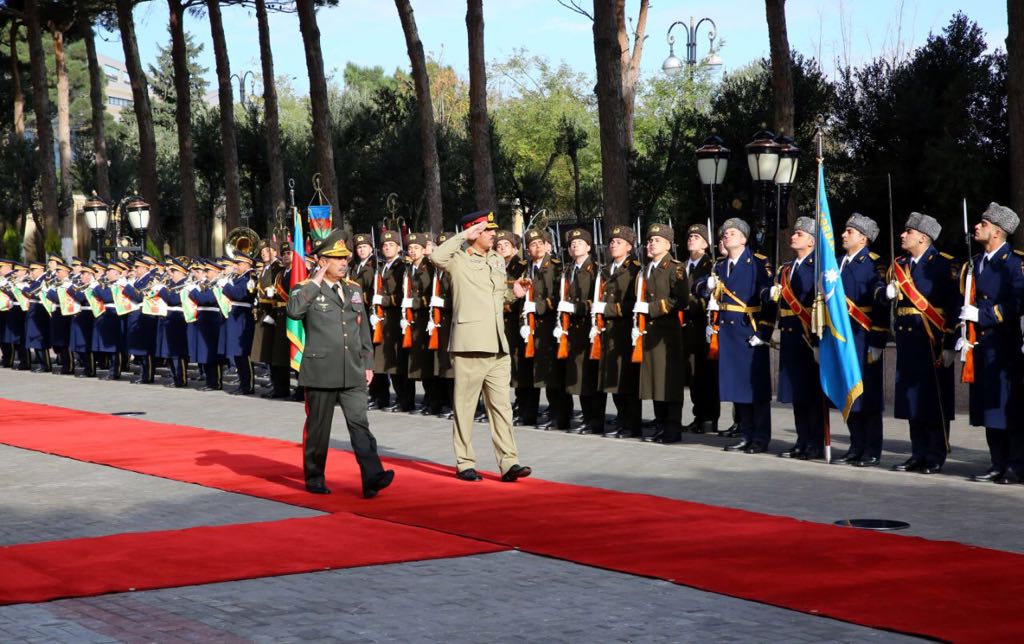 Both sides assured full support to each other’s stance on the issues of Kashmir and Nagorno – Karabakh and reiterated the resolve for peaceful resolution of the issues in accordance with UN Resolutions.

Earlier upon arrival at Azerbaijan Ministry of Defence, was presented Guard of Honour.