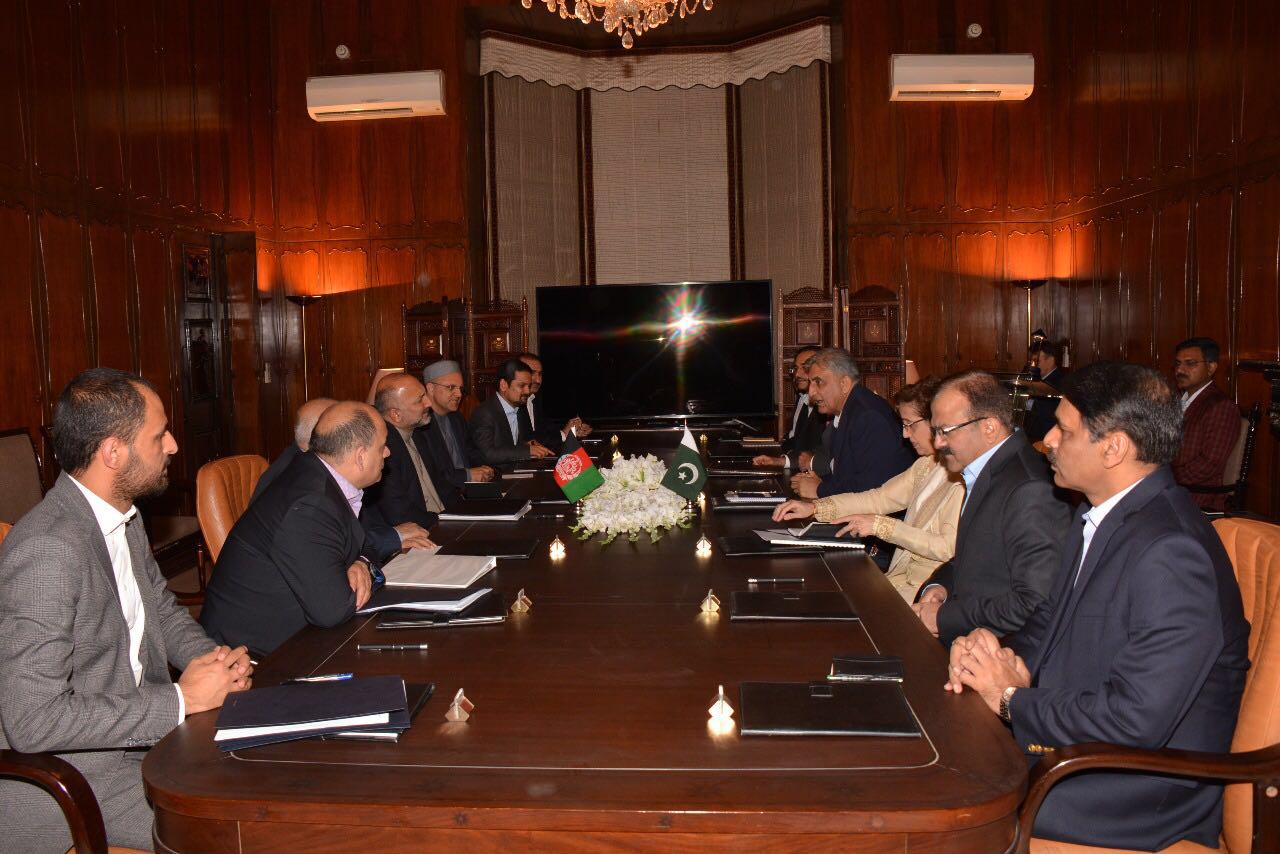 A multi agency Afghan delegation led by Mr Mohammad Hanif Atmar, National Security Adviser (NSA) Afghanistan met General Qamar Javed Bajwa, Chief of Army Staff (COAS) for a high level bilateral meeting. The Afghan delegation comprised Mr Mohammad Masoom Stanekzai, Head of NDS, Mr Wais Ahmad Barmak, Interior Minister Afghanistan, Mr Omar Zakhilwal, Ambassador of Afghanistan to Pakistan and other Afghan officials. The Pakistani side was also joined by Ms Tehmina Janjua, Foreign Secretary.
Talks focused on the operationalization of recently concluded Afghan Pakistan Action Plan for Peace and Stability (APAPPS). The Afghan side was appreciative of Pakistan’s initiative in preparation of the framework document to improve cooperation and coordination between the two brotherly Countries on a host of confidence building and substantive measures. The two sides agreed to fast track the formulation of working groups, especially on bilateral security cooperation and to undertake measures that would assist both sides in reduction of violence at the hands of terrorists.
Afghanistan NSA Mr Mohammad Hanif Atmar said that Afghanistan has very positive expectations from Pakistan and with mutual help, we can allay each other’s concerns and apply our energies to bring about enduring peace and stability.
COAS said that both Pakistan and Afghanistan have suffered heavily due to prolonged conflict and must together explore ways to usher peace in the region by defeating the common enemy. COAS said that we must begin with the trust that neither covets an inch of the others territory nor is letting its land being used against the other. Suspicions will only fuel negativity and facilitate detractors.
Both sides chalked out outline plans for operationalising APAPPS and shared ideas towards Afghan reconciliation as the roadmap for lasting peace. Afghan delegation also extended invitation on behalf of Afghan President to COAS for visiting Kabul, which he accepted.