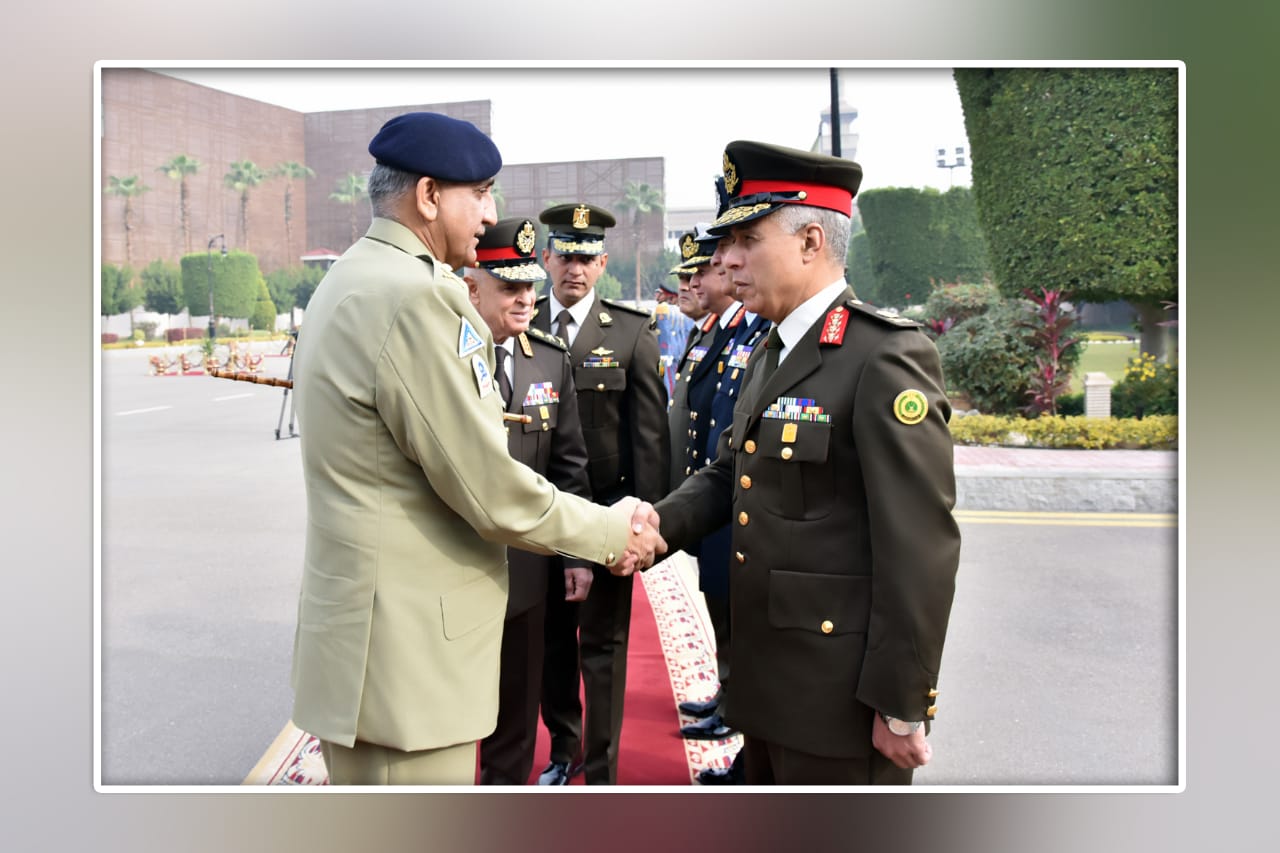 General Qamar Javed Bajwa, Chief of Army Staff (COAS) in Egypt on official visit. COAS called on General Mohamed Zaki, Commander in Chief of Egyptian Armed Forces and Minister of Defence & Military Production and Lieutenant General Mohamed Farid Hegazy, Chief of Staff of the Egyptian Armed Forces.
During the meetings, matters of mutual interest, military to military relations, defence & security cooperation were discussed. The Egyptian leadership highly appreciated the professionalism of Pakistan Army and the determination of the Pakistani nation in combating terrorism. Both sides agreed to increase bilateral cooperation in multiple fields including joint ventures, defence production, training and intelligence. Both also agreed to improve cooperation for regional peace and stability.
COAS also met Sheikh Ahmed Al-Tayeb, Grand Sheikh of Al-Azhar. Grand Sheikh commended the efforts of Pakistan Army in eliminating the scourge of terrorism from the country. He also appreciated issuance of ‘Paigham-e-Pakistan’ Fatwa on the issues arising from extremism by religious scholars of all schools of thoughts of Pakistan. He added that Islam is a religion of moderation and a complete code of conduct, which must not be linked with terrorism / extremism in the global community. COAS also emphasised the need to harness Muslim youth towards enlightenment, technological advancement, moderation and harmony.
Earlier, on arrival, a smartly turned out contingent of Egyptian Army presented the Guard of Honour to COAS at Ministry of Defence.