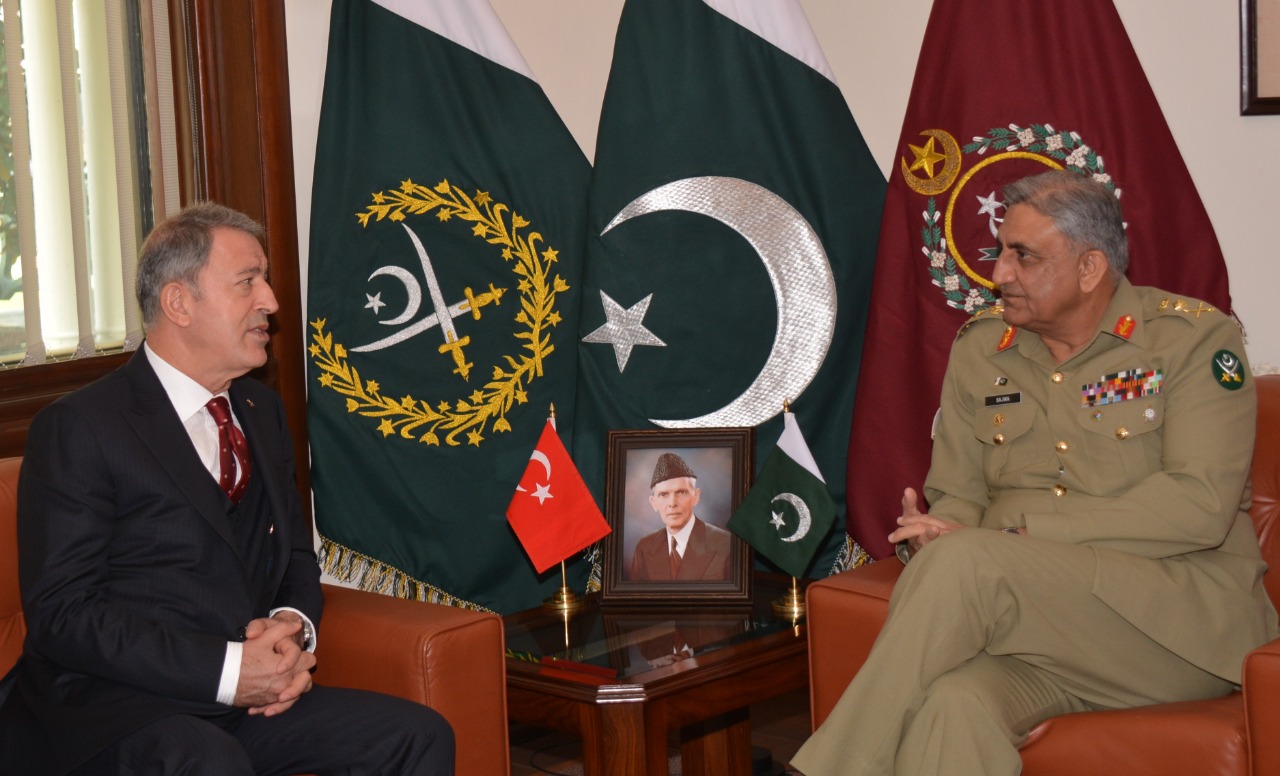 During the meeting views were exchanged on issues of mutual interest including defence and security cooperation between both the countries and overall regional security situation. Visiting dignitary expressed Turkey’s deep appreciation for Pakistan’s efforts and sacrifices in war against terrorism.

Earlier on arrival at GHQ, the Minister of National Defence laid floral wreath at Yadgar-e-Shuhada. A smartly turned out contingent of Pakistan Army presented the guard of honour to the visiting dignitary.