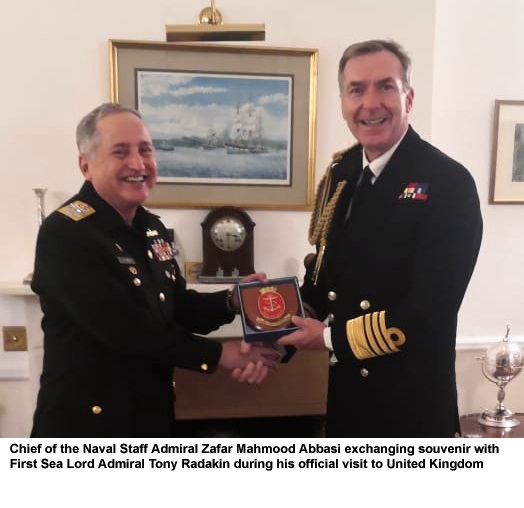 Thereafter, Chief of the Naval Staff visited National Maritime Information Centre and was given brief on operational aspects. Later, Admiral Zafar Mahmood Abbasi visited IISS where he also delivered a talk and had an informal interaction with Intelligentsia, academia and media personnel.

It is expected that the recent visit of the Naval Chief will further augment and expand defence ties between the two countries in general and navies in particular.