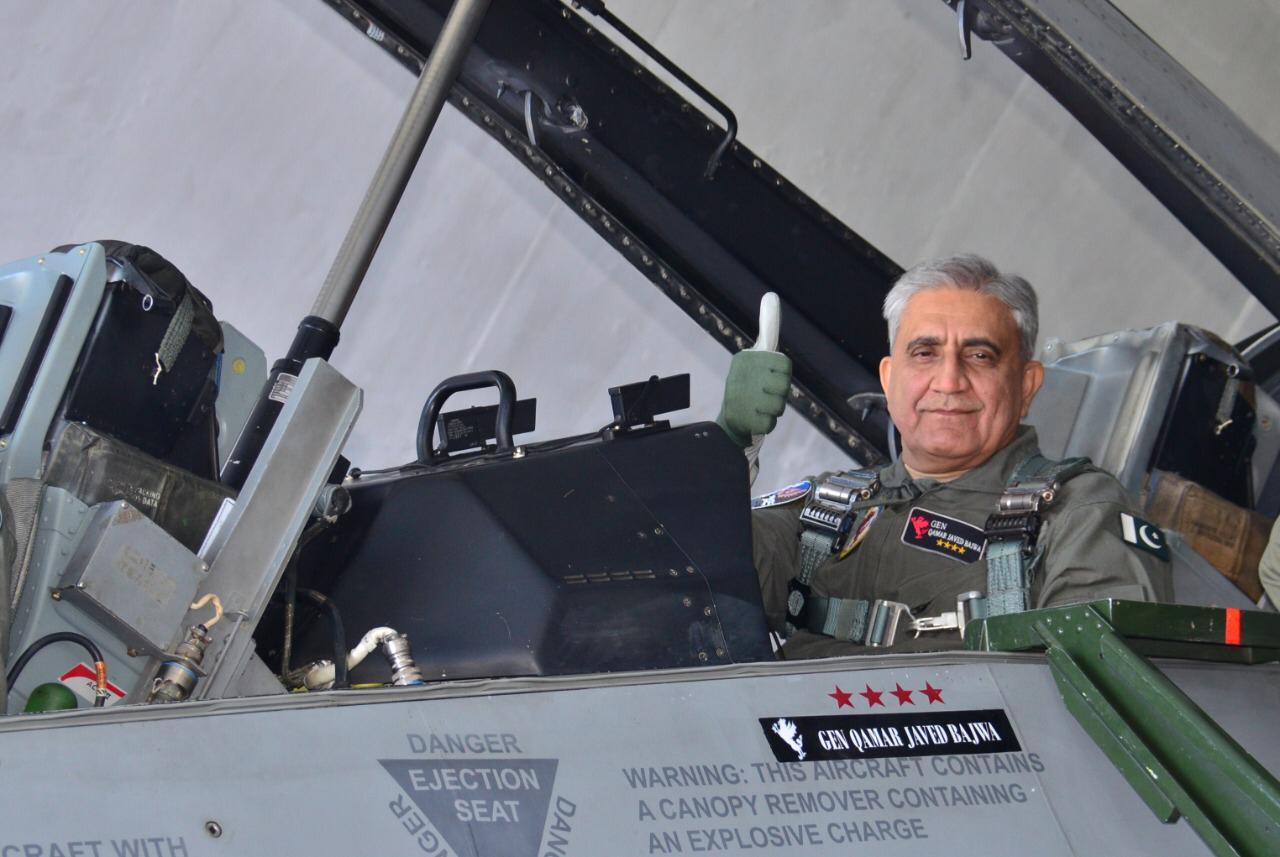 General Qamar Javed Bajwa, Chief of Army Staff (COAS) today visited PAF Base Mushaf, Sargodha.
COAS was received by Chief of Air Staff, Air Chief Marshal Mujahid Anwar Khan who has also commanded Mushaf Base, a tradition shared by many illustrious names of PAF. The base and its squadrons hold claim to some of the most valiant actions in the history of air warfare and is a proud repository of capability, skills and traditions. COAS was taken to one of the squadrons where COAS was flown in an F-16. The Chief of Air Staff flew in another F-16 and both aircraft proceeded to maneuver for a combat action simulation mission.
After the mission, COAS interacted with the fighter pilots of the squadron. He lauded the professionalism and dedication of the PAF and thanked the Force for its unmatched services to the nation. He thanked the Chief of Air Staff for his visionary leadership, acknowledging that inter service harmony and synergy are vital for operational success.
Chief of Air Staff thanked COAS for his visit . Both underlined the need for continued and enhanced interaction between the services in training and operations.