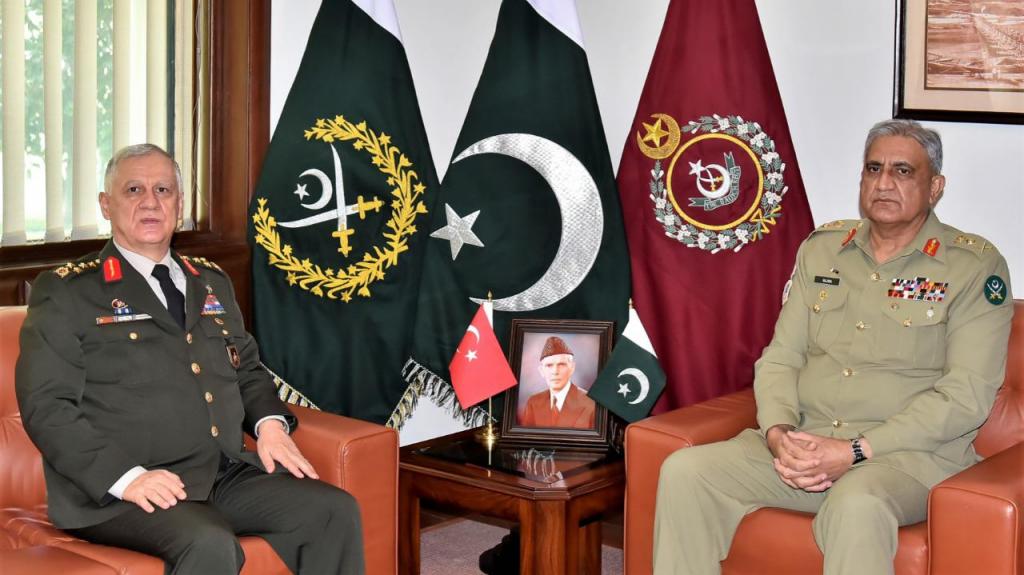 During the meeting, matters of mutual and professional interest with special emphasis on defence and security collaboration between the two brotherly countries were discussed. COAS said that we highly value our brotherly relations with Turkey which are deeply rooted in history and entrenched in our cultural and religious affinities. Both sides agreed to further optimize military to military ties particularly in training and counter-terrorism domains. The visiting dignitary appreciated Pakistan Army's role for regional peace and stability and contributions towards defeating terrorism.

Earlier on arrival, Commander Turkish Land Forces was also presented with a Guard of Honour by a smartly turned out military contingent.