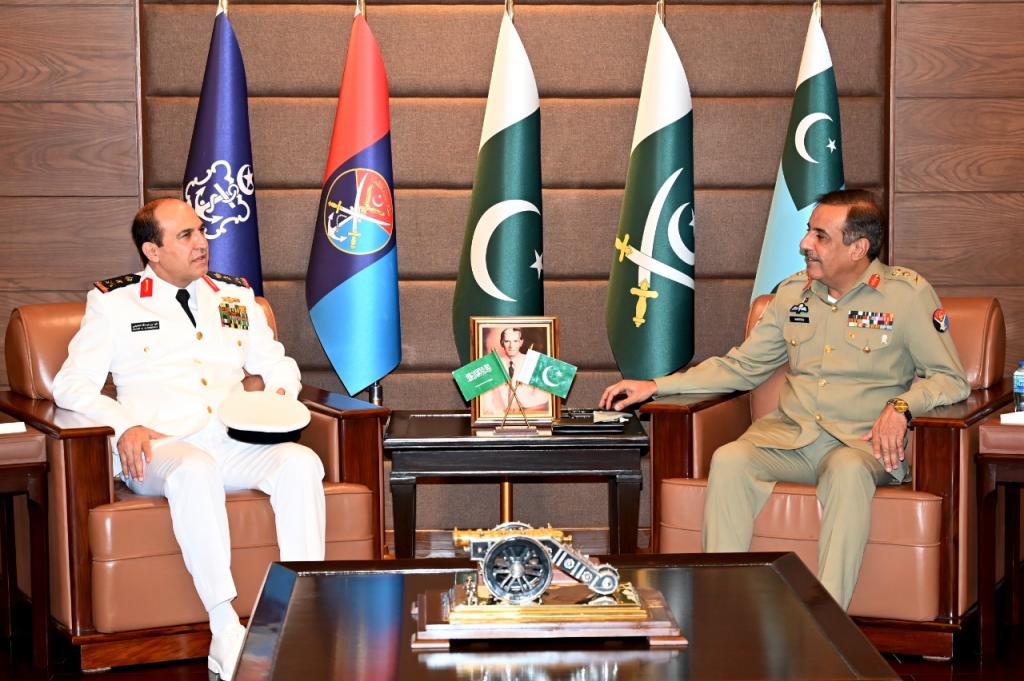 Besides security, regional issues, particularly the latest development in Afghanistan, matters related to enhancing the level and scope of bilateral military engagements and cooperation in various fields between the two brotherly countries were discussed during the meeting.

Chairman JCSC emphasized the need to further enhance the existing defence and security cooperation between both brotherly countries and said that Pakistan-KSA cooperation will have positive impact on peace and security in the region.

The visiting dignitary remained appreciative of the sincere efforts of the Pakistan Armed Forces in bringing peace to the region especially the Afghan Peace Process. They also acknowledged the sacrifices made by Pakistan in the war against terrorism.

Chairman JCSC thanked the dignitary and said that Pakistan Defence Forces greatly values its close brotherly ties with the Kingdom of Saudi Arabia.